Does a Legal Separation Protect Someone From The Debts of Their Spouse?

Going through a separation and divorce is one of the most stressful things that a person can go through. Few people really understand the legalities of a legal separation, however. Because you and your former partner haven’t gone through the divorce process yet, the law considers the assets and debts accused during the marriage as belonging to both of you.

While laws can vary from state to state, most states tend to treat debts that were taken out under both names as joint debt. It should be noted, however, that separation is considered to be a gray area because of the variation in laws. For this reason, many credit card companies and banks will refuse to loan money to someone who legally separated without specifically stating that the debt is only theirs. Taking out joint debt is extremely difficult.

The exception to this is a joint credit card account. Because these lines of credit were opened before the separation, anything charged to the card will be considered joint debt. Both spouses will be liable. For this reason, it’s typically a good idea to freeze any joint credit cards at the time of separation.

In the event that your former spouse racked up more debt during your separation on a joint credit card, it is possible to save your credit card statements and ask the judge to assign this portion of the debt to him or her during the divorce proceedings. Keep in mind, however, that the credit card company will continue to expect minimum payments and interest will accrue on the debt. It’s also important to note that even if the judge assigns the debt to the other party, non-payment can still impact your credit history.

If you're looking for a child support lawyer or a divorce lawyer for men, contact the skilled team at Bailey Smith Bailey today!

What to Do After Being Served With Divorce Papers

October 11 2017
Divorce is a stressful time, and it's only made worse if you don't prepare properly. There are several steps you should take after being served with divorce papers, both to protect yourself and make the process as smooth as...
Read More...

How To Keep Your Separate Property Separate

September 12 2017
A divorce can be a difficult situation but property can make it even more difficult. There are several ways to keep your property separate while you are going through the process of a divorce. One strategy is to identify property that was acquired...
Read More...

Co-Parenting Tips After A Divorce Or Separation

3 Questions You Should Ask Your Divorce Lawyer

June 21 2017
When you’re going through a divorce, emotions run high. It can be easy to get distracted by the personal affronts that you feel you’ve endured from your spouse. But this is the time when you need to be savvy about being sure to take care...
Read More...

What Should I Look For In A Divorce Lawyer?

May 22 2017
If you're looking for a divorce lawyer, it's important that you do your research and choose carefully. Your lawyer will represent you during the process of dissolving your marriage, dividing your property and resolving custody matters. It is...
Read More...

May 1 2017
Are you trying to chase down your ex-spouse for child support? Or maybe you just endured the pain of a bitter divorce and are struggling to collect the monthly payment. In either case, you and your child do have rights and it's time to exercise...
Read More...

Qualities To Look For In A Family Law Firm

March 24 2017
Looking for a family law firm can be a stressful time in one's life. Dealing with family legal issues often means tensions and emotions are running high. It is imperative that you find a family law firm that has the most important qualities one...
Read More...

February 15 2017
Joint custody is designed to give kids the best of both worlds by making sure they have time with both parents. However, parents know that working together after a divorce can be a bit challenging. While you cannot plan for everything that lies in...
Read More...

February 2 2017
When children are involved in a divorce procedure, the issue of custody can be confusing. The first step to figuring out what the best custody arrangement is for the children is to understand what the different options are. These are the most common...
Read More...

At What Point Should I Hire a Divorce Attorney?

January 10 2017
Unfortunately, divorce is just as much a reality of society as marriage is. While divorce is never easy, some divorces can be more difficult than others. Many times, it might be necessary to hire a divorce lawyer if the couple is having trouble...
Read More...

How is Child Custody Determined in Michigan?

How Does Separation Affect Property Rights and Custody Rights?

October 3 2016
To be considered “legally separated,” a court will issue a judgment to help manage the assets and custodial rights of a couple who are still married, but living separately. When a couple separates, many issues can arise during...
Read More...

September 1 2016
If you end up only being able to see your child through supervised visitation after a divorce, this can be extremely frustrating. This typically takes place when the parent who is under the order has a history of being neglectful or abusive,...
Read More...

The Difference Between a Legal Separation and Divorce

June 30 2016
There are a lot of similarities between a legal separation and a divorce. On a practical level, there are few differences - you still have to negotiate child custody and support, as well as some other things. The differences is in the...
Read More...

What Can I Do to Assure Shared Custody and Prevent Myself from Being in Trouble with Friend of the Court?

Is it Possible for Both Spouses to Opt Out of Child Support?

April 26 2016
Going through a child support case, whether it's from a divorce or not, can be extremely tough. It takes a lot out of both parties involved and can end up being a lengthy court case with several ups and downs. But what happens when both spouses...
Read More...

What Can I Do If a CPS Worker Lied Under Oath?

April 4 2016
When going through some issue at home with the law, your spouse and/or children, the government has the ability to step in and remove the children from home. This group is known as the Child Protection Services (of CPS) and...
Read More...

What Can You Do If Your Ex-Wife Refuses to Pay Alimony?

February 5 2016
So the court awarded you alimony and you think that it should be a smooth process moving forward. In comes the time when you are expecting to receive payment and you quickly learn that your ex-wife is refusing to pay...so now what? There are a...
Read More...

Do Step-Parents Have Custody Rights?

January 17 2016
For many people, entering into a relationship with someone who has a child from a previous relationship means that you’re forming a bond with the child as much as with the adult partner. This can be extremely tricky if the relationship...
Read More...
Page: 12345678910 - All
 Request A Consultation:
The Advantages of an ADAM Attorney 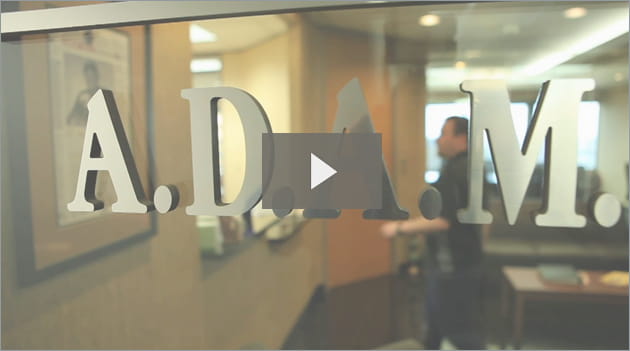